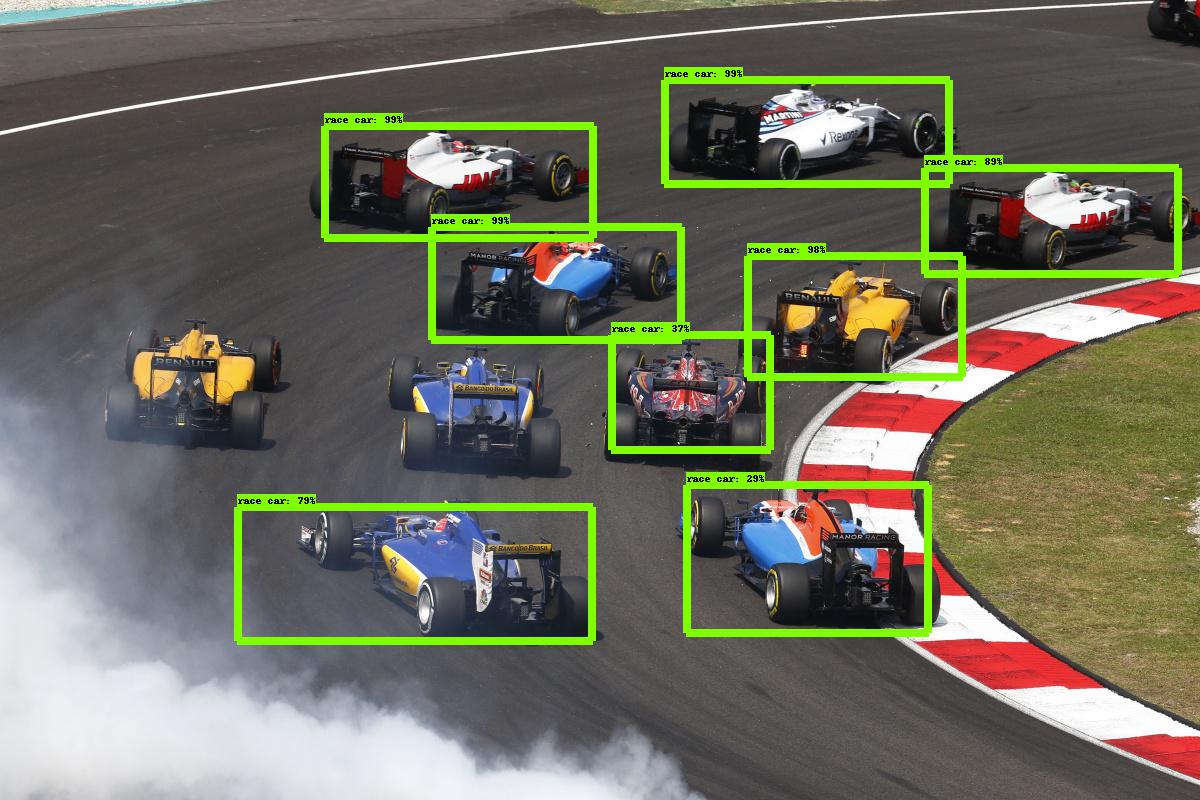 Detections of race cars, after training on a small dataset containing only 60 images

When building datasets for machine learning object detection and recognition models, generating annotations for all of the images in the dataset can be very time consuming. These annotations are required to train and test a model, and they must be accurate. For this reason, human oversight is required for all of the images in a dataset. However, that does not mean that machine learning models cannot be of assistance.

Checking and correcting a set of mostly correct annotations is generally a less time consuming task than creating a complete set of new annotations. When working on a dataset containing thousands of images, saving a few seconds per image could save several hours of work.

The purpose of this article is to prove that for object recognition and detection tasks where high accuracy is not a necessity, small datasets and “out of the box” models can provide useful results.

Using the example of detecting race cars in an image, this article will guide through the following steps.

This article has a repository on GitHub that contains some example code and data. It will be assumed that the TensorFlow Object Detection API has been installed.

An easy format to use for image annotations is the PASCAL VOC file format. This is an XML file format used by Image Net. The LabelImg program is an excellent tool that can be used to generate and modify annotations of this format. 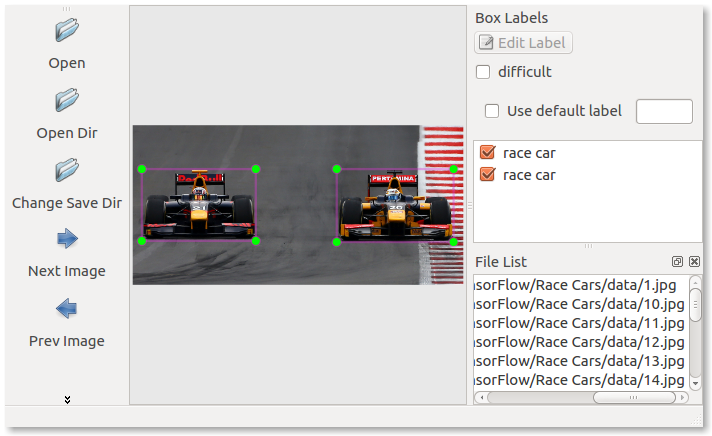 The data directory in the example repository shows annotations generated using this method. The label map file will need to be created manually, as this is not produced by LabelImg.

The basic process for training a model is:

The end result of this process will be a file named frozen_inference_graph.pb. This is the model that can be used to predict annotations.

The pascal-voc-writer library can be used to generate annotations in the PASCAL VOC file format. It has a simple to use API, and the code below shows an example of adding a ‘cat’ annotation to an image.

The annotate.py file in the example repository uses this library to adapt the inference example from the official documentation to create PASCAL VOC annotation files rather than image visualisations.

Below are three more predictions from the primitive model. Despite having a very small dataset and only a few training steps, the model has made useful predictions that would save time annotating these images. 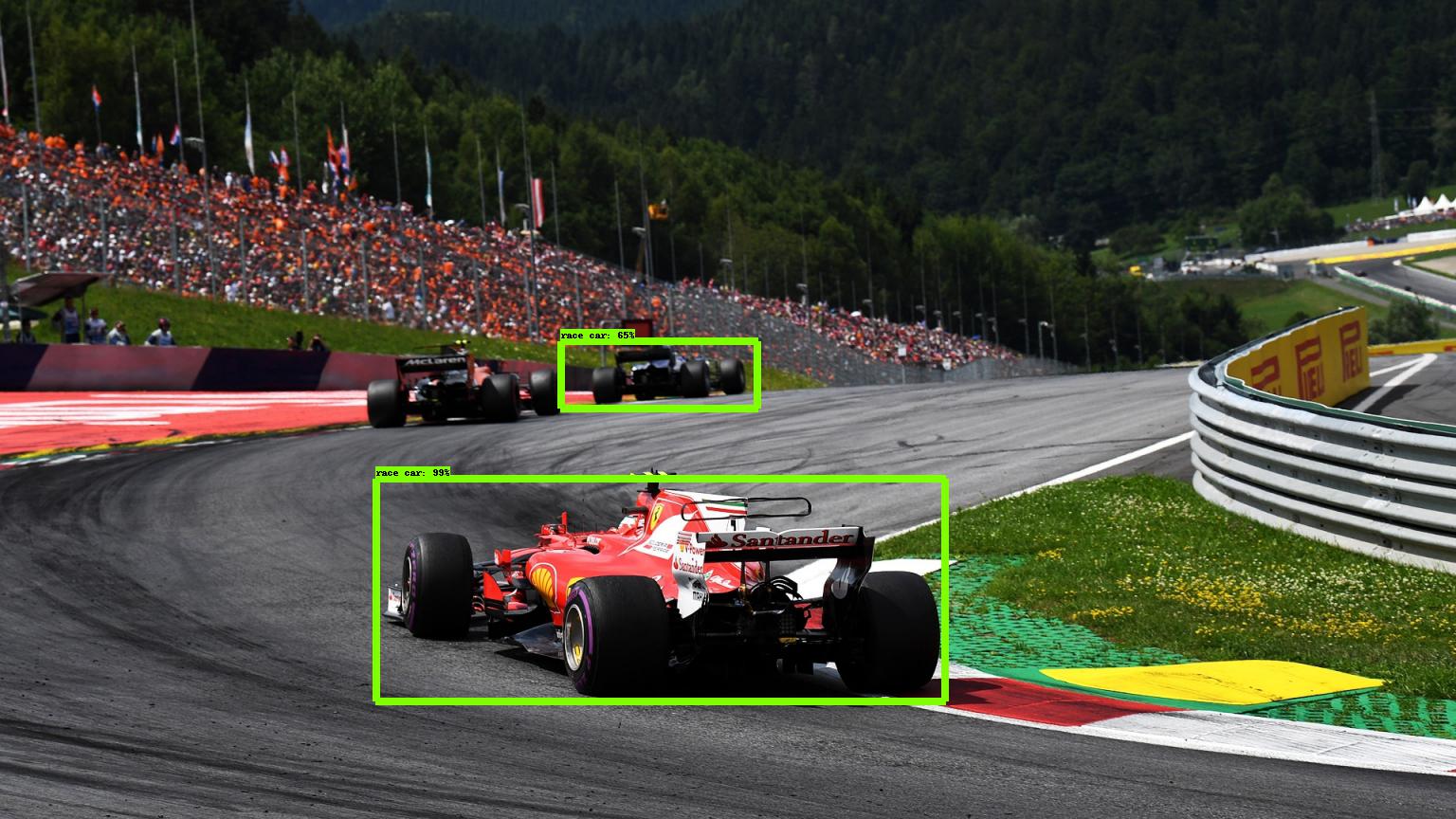 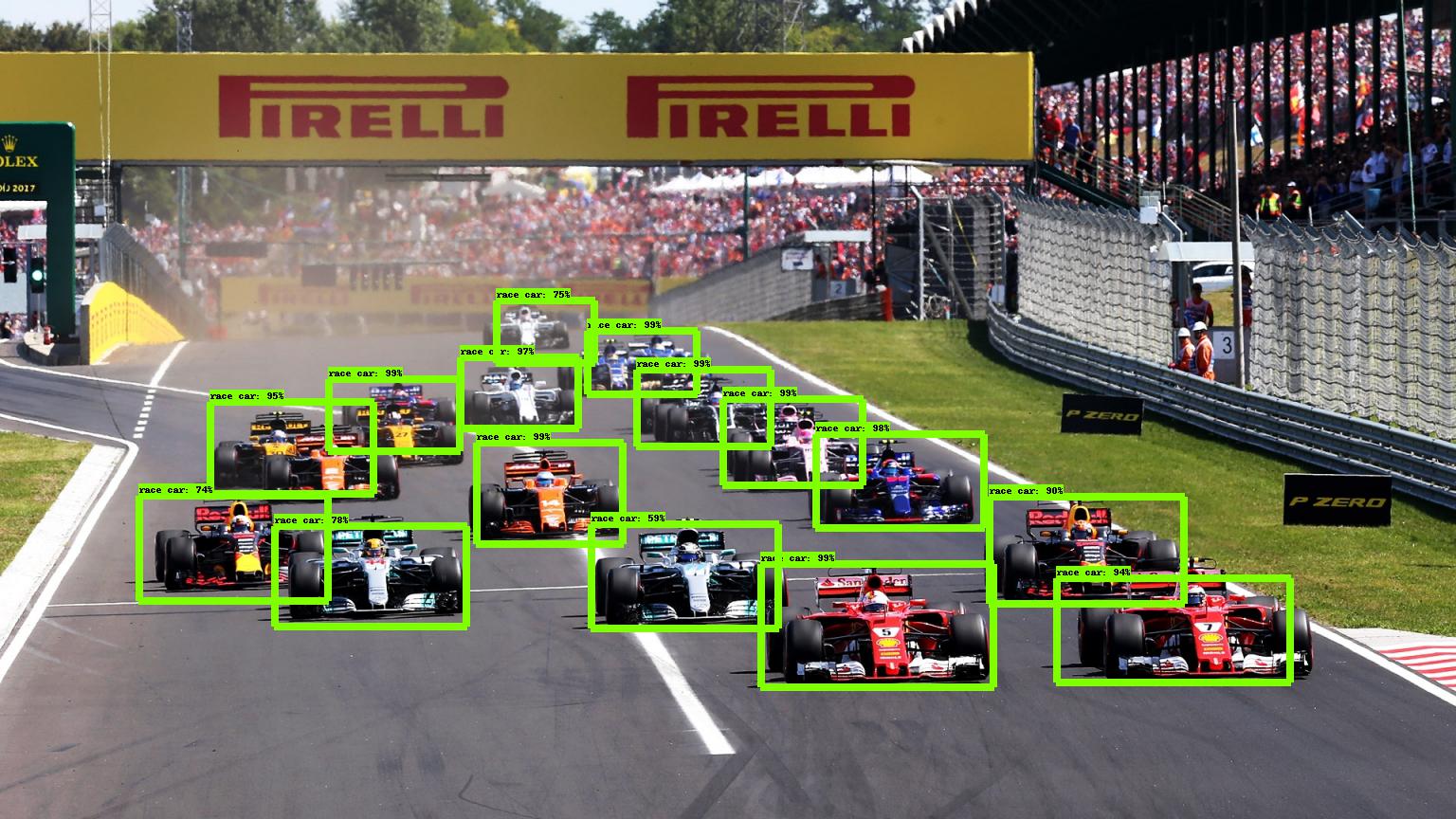 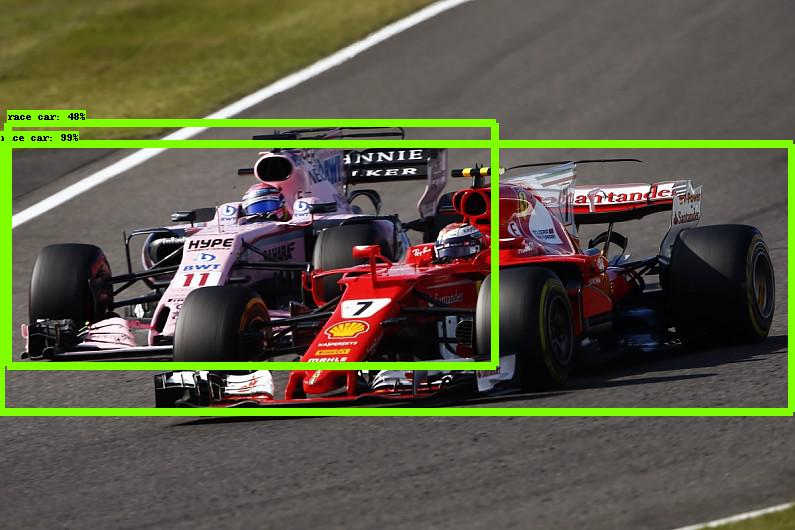 Both cars are identified, however the bounding box is far too wide for the closest car.